The major part of Biblical history occurs in the Land of Canaan (See Map 4.1). Hopefully, you understand now how to determine which group of people lived where in the world. Guess who the Bible spends most of its time talking about and whose land is most often mentioned? Canaan of course! Canaan was the second son of Ham. Canaan had 11 sons. 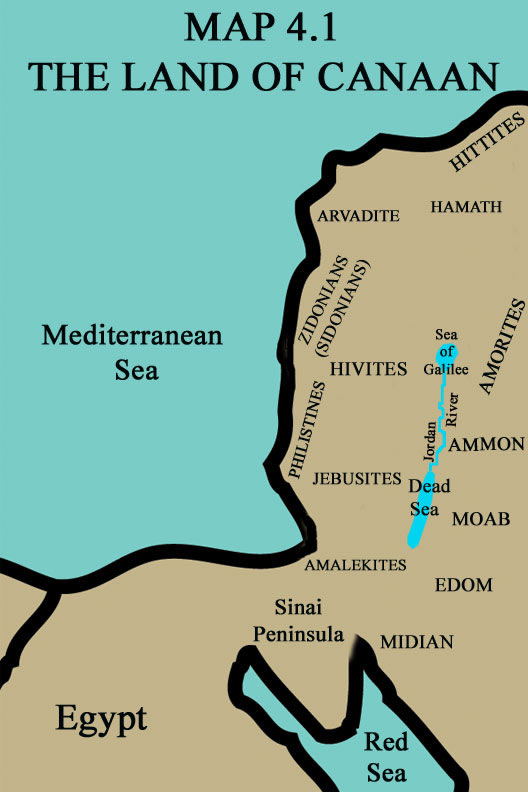 The European Jews speculate that the word Canaan was "probably derived from a root meaning 'to be low'; Canaan was the term originally applied to the lowland of the coast of Phoenicia (Sidon and Zidon) and the land of the Philistines. The name was afterwards extended to the whole of Western Palestine. According to this verse (Genesis 10:6), Mizraim and Canaan were brothers; whereas Palestine and Egypt were provinces of the same Empire."(1) "Fausset's Bible Dictionary states that although it was once disputed, the fact that the Canaanites were Hamites has been proven by archaeology. The Canaanites are depicted as brown-complexioned people on Egyptian monuments. (2)